Don’t Allow a Managed IT Services Provider to Lure You into the Hybrid Cloud in San Diego! 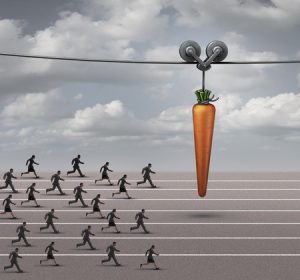 When shopping for managed IT services in San Diego, you may hear terms like “hybrid cloud” being tossed around. Everyone sings praises of the cloud, so surely, a hybrid cloud can properly combine the benefits of both on-site servers and cloud servers, right? Wrong!

On-site is when you have all your devices and servers on-site. This is the traditional way of doing IT, and the way that larger businesses especially stuck to for many years for various reasons. However, it has recently gotten much competition from other forms of IT service, namely cloud hosting and managed service providers.

Cloud, or cloud hosting, is when your server and most of your hardware is off-site, aside from a few cheap devices used as “thin clients” to connect to your server and run your applications in the cloud. This implementation of IT service has grown exponentially in popularity over the past decade, and looks to only increase in popularity as cloud technology continues to advance.

Hybrid cloud combines on-site hardware with cloud servers and implementations. This one is also growing as an implementation, but for most businesses, it’s not the best idea. We’ll dive into that in a minute.

On-site’s main benefits include increased customization, the ability to have a hands-on experience modifying your server and performing maintenance, and use of certain applications/perform certain tasks that aren’t yet viable on the cloud. For instance, 3D CG work, game development and extensive video editing wouldn’t be ideal on a cloud network, but would work excellently with high-end, on-site hardware. Chances are, though, if you’re looking for managed IT services in San Diego, this isn’t the kind of thing you’re looking for.

Benefits of The Cloud?

The cloud has multiple benefits, but the big one that entices most businesses is price. Thanks to everything being cloud-based, it’s much cheaper to invest in thin clients and do your work on the cloud than it is to invest in expensive on-site hardware, especially if you’re not working in one of the few industries that need said expensive on-site hardware. The cloud also has a much lower overhead cost, since updates are typically automated, downtime is minimal, and IT costs are much lower, thanks to increased simplicity and reliability. Additionally, the cloud’s nature as a set of external servers means that businesses can change locations or handle on-site disasters without losing any of their valuable data, since it’s all still stored in the cloud.

Why is Hybrid Cloud Not the Answer?

Simply put: it nullifies the benefits of both. Investing on expensive on-site hardware takes away most of the primary benefits of the cloud, and if you aren’t using that hardware for the kind of high-end applications that require on-site hardware, you’re wasting your money on an expensive, complicated solution when you could stop worrying and invest in the cloud instead.

SpaceLink is Your Cloud Partner

Instead of looking to the hybrid cloud, find managed IT services in San Diego that provide a true cloud solution and great features and support to go with it. Here at SpaceLink, we believe we’re the answer to that call, so contact us for a free consultation!